Light on the Horizon.... 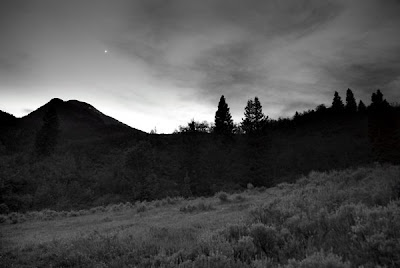 I live in Salt Lake, and if you go downtown then you are bound to run into someone asking for money. But this was different for some reason. This guy seemed pretty normal. Perhaps a bit rough, but pretty normal. And we could talk about what "normal" is, but I think that you understand me.

As I drove away, I sort of shuddered inside. I have no real idea how the recent economic meltdown has really affected people, but I imagine that it has been bad, and that it might get worse.

I recall being in Mexico on the edge of the ocean, and being asked by little kids if I would buy some little trinket. They were dirty, unkempt, and looked as though they were in real need.

I recall standing in Turkey, among the ruins of a city, and I observed the Turkish women selling whatever wares they could to the tourists, while at the same time a very young boy asked me to buy some sticks of a fragrant smelling plant. I recall as we drove through the cities, and looked at people living on top of people in less-than-perfect living quarters, and the guide told us that in some places the people had their animals living with them.

I recall walking up the steps of an old church in Rome, and off to one side, was a lady that had her face veiled, and she bent over in a prayer position. Next to her sat a small jar for coins.

And then I recall standing in a round building at Wounded Knee, South Dakota. A native man asked me three times if I would buy a dream catcher that his wife had made, so that he could get some diapers for his baby.

Some of these people were selling, and some of the were begging, but they all were in less then perfect conditions. And yes, it makes me shudder. I have tried to study, to learn, to work hard, and to make myself better, and I pray to God that at some point, it doesn't all fail me. I hope that I am never reduced to the point of standing on a street corner and asking for food to stay alive, 'cause if I ever get there, then it means that something went horribly wrong, and I suspect that life might not be worth living any more. Not for me.

But I chose this picture for one reason, everything in the picture is varying shades of dark, except for one area, the horizon right over the mountain. There is a spot there that is probably pure white. So although there are tough times, and there are tragedies, there always remains the hope for a brighter future. Opportunities of some sort will always exist. Especially if we have prepared ourselves. I believe this, and it is what I want to manifest in my life.