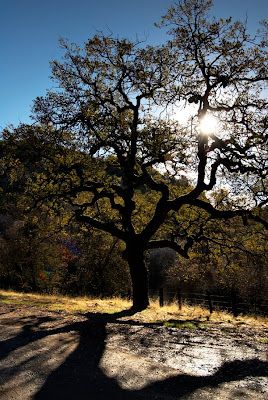 In evening in early September 2009, I was alone in a hotel room far from my home. I sat and listened to some old music that evening that I hadn’t heard in quite some time, and as I did, the memories came flooding in to dance around me. I laughed, I cried, and I started to write. I penned the following words that evening:
"...the closest bonds in this life are formed by struggling together. If we didn't ever struggle, we might never have truly meaningful or close relationships."
It was an article that I meant to post here, a blogpost to honor my closest friends, the people that I had laughed and cried with, the people that I had struggled with, and for.
I never posted it.

Five days later, sitting at my desk, I got a phone call, the voice on the line telling me that one of my best friends, Jeffery Spencer had just died that evening.

As I got in the car and drove up to see his family, I thought back to the few short days before when I had been sitting in that hotel room. The tears that I had cried that night, the great peace that I had felt, and the gratitude I had felt for all of the wonderful times that I had spent with Jeff and others.

I thought of the times when I had so desperately held on to ideals, hopes, and dreams.

And then I thought about the people that struggled with me through those times. The people that would listen to me babble on and on about those dreams. People like Jeff.

I decided that night that it's one thing to care about people, but it's an entirely different matter to struggle with another person for their interests. To struggle in such a way as to help them work for it themselves. That just might be one of the things in this life really truly worth living for.

Jeff did that a time or two for me, and they were the important times.

I remember stopping by his house one night when I was badly discouraged. Somehow, he knew what to say, and when I left, I felt like it would all be okay.

Jeff was the one that got me started on drinking gourmet cream sodas. It became a ritual to drink them and talk about the issues of life.

I could go on for pages here about the hilarious experiences we had, from me getting a concussion while we were night skiing, to us working on the roof of his house, to us riding around Bountiful in his huge jeep and discussing religion.

He was a person that loved other people. He simply cared about them. He was always ready to grab you into a big bear hug when he saw you. And he was willing to struggle with you.

I'm really grateful for the people that I've had the opportunity to really, truly struggle with. I believe that it's generated some of the closest friends that I could hope for.

I'd especially like to thank Jeff today. This picture is dedicated in tribute to him, because when I look at it, I think of him.

And on September 9th, I'm going to sit down and have a fine Cream Soda...in memory of him.
Posted by Alma at 7:38 PM