A Tribute to Paul Cardall... 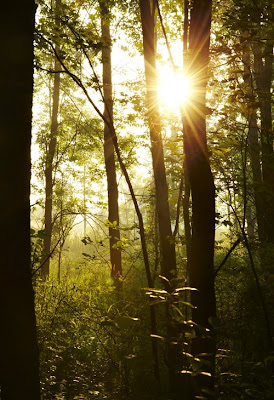 Paul Cardall is one of my hero's. He is a fabulous musician that has done huge things for the music community here in Salt Lake. I've been listening to his music for years, and it never ceases to touch me.
A few years ago, I bought one of his albums for a dear friend of mine as a gift. I e-mailed him and asked if I could meet him and get the album autographed. He told me that he had a signing already scheduled at a local store. When I went down to the store, no one else was there, and we talked for a few minutes. He smiled at me with a mischievous smile, and asked me what I wanted him to say on the album. "Nothing too heavy," I replied. He chuckled a bit as he autographed the CD.
We talked a bit about his albums. "Paul," I said, "you realize that Hymns One and Hymns Two are totally different." (For those of you that don't know the story, Hymns One was recorded on the spur of a moment while they were in the studio recording another album. Hymns Two was a planned recording.)
"I know," he replied. "The first one has magic."
What a perfect way to describe it.
About two years ago, I attended a concert by him at the Rose Wagner Theatre. It was a small and intimate setting. Just him and the piano. A wonderful setting and a wonderful concert, I sat in deep introspection through most of the music.
Paul Cardall has fought Congenital Heart Disease his whole life, and he is currently on a waiting list for a heart transplant. I want to recognize him while he is alive, and I hope he is with us for some time to come. I'd love to hear him again in concert.
---
I wanted to post this photograph, and when I read Paul's blog today, I knew what I was going to write to go with it.
This shot was taken in the Sacred Grove on the Smith Farm in Palmyra New York. This is my shot of the grove. And by that, I mean that this is the one that you would find in my house, on my wall. I took the other one to depict the common story, and it is clean of me. This one however, has me all over it. I adore this picture, and I am dedicating it to Paul Cardall, his efforts, and his inspiration to me.
"Living for Eden - Paul Cardall's Heart Blog"
Posted by Alma at 7:41 PM