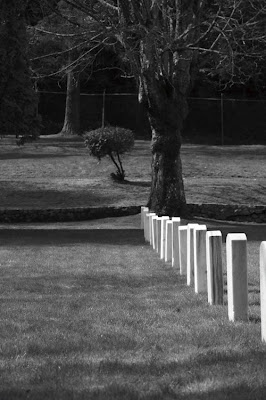 On Sunday, July 31, 1994, my older brother Sephton Frank Naylor, was killed in a car wreck on his way home from a fishing trip with his young family. He was 26 years old, and had three small children.
The loss of Sephton was an incomprehensible loss to the entire Naylor family. A deeply spiritual person, he had probably only begun to catch a glimpse of his potential; and we can only wonder where his gifts as a Shaman and Healer might have taken him.
I was 16 at the time, and I vividly recall standing in the funeral home as many, many people walked through and quietly paid their respects. Countless nephews and nieces that respected and loved him. People that had grown up with him, and many people that he had worked with over the few short years.
"A terrible tragedy," we all said. And it was. I still remember walking in the room and seeing the haunting looks in his small families eyes. An incomprehensible loss.
But then again, maybe there was more to it then we know...
Maybe the Naylor family was in real need of a spiritual giant on the other side, working in their behalf. Maybe there was more that he could do as healer there, working with us on a spiritual level. I don't know, but it just might be the case.
In the Bible, in 2 Kings chapter 6, the king of Syria learns that the prophet Elisha is in a place called Dothan, and he sends an army to "fetch" him. The story says that there was a "great host" of horses and chariots, so use your imagination there for a number. But in any case, it was enough of an army to scare Elisha's servant.
The story continues:
"And when the servant of the man of God was risen early, and gone forth, behold, an host compassed the city both with horses and chariots. And his servant said unto him, Alas, my master! how shall we do?
And he answered, Fear not: for they that be with us are more than they that be with them.
And Elisha prayed, and said, Lord, I pray thee, open his eyes, that he may see. And the Lord opened the eyes of the young man; and he saw: and, behold, the mountain was full of horses and chariots of fire round about Elisha. "
This memorial day as we go out and visit the graves of our loved ones, and recall the tender memories that we have of them, and as our hearts ache for the loved ones that we have lost, I want to leave people with a simple thought:
Your loved ones that seem gone, are in fact with you, working for you, and doing everything that they can to help you. It might be possible that they are able to help you more then if they were here. I don't know that, but it just might be the case. So take heart, and try and be comforted. Feel them, and even talk with them.
I'm not saying that you won't miss them. I'm not saying it won't hurt. And it just might be that way your whole life.
But...
Sometimes, you can still be graced a little bit with their presence. And someday, you will see them again. I can promise you that. And in the meantime, they will help you, maybe more then you know.
---
This photo was taken at the Fort Lawton Cemetery, located within the grounds of Discovery Park in Seattle, Washington.
Posted by Alma at 2:23 PM